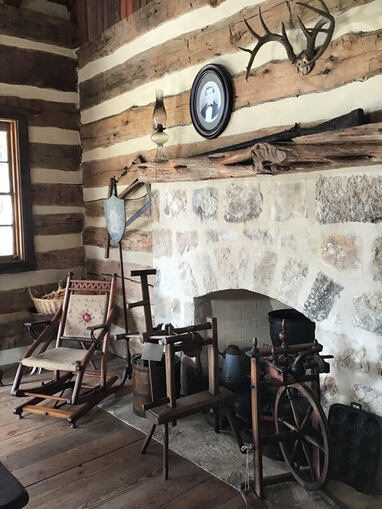 ​Dr. Eli Merriman’s one-pen, hand-hewn log cabin home was built in 1846 on Fort Street (now Hopkins) about a block from the courthouse square (where the Goodyear building is currently located). At the time, it was the second home in San Marcos. Dr. Merriman, a Yale graduate and the first physician in the San Marcos area, lived in the cabin with his wife, Jenette, and their six children. Dr. Merriman was a member of Captain Henry E. McCulloch's Company, enlisting in San Marcos on October 22, 1846. He was appointed Postmaster of San Marcos in 1847. He also served as county tax collector-assessor.

Considered one of the city founders, Merriman laid out the town of San Marcos in 1851, along with Gen. Edward Burleson and William Lindsey. Dr. Merriman and his second wife, Elizabeth Fusselman, were married in 1852 and they had four sons. Merriman served his country in the Texas Legislature. During the Civil War, he was a commissioned officer and did much hospital work for the Confederate Army. Two of his sons were in the Confederate Army as well, while another served in the Union Army.  Merriman died in Corpus Christi of yellow fever in 1867. He  is buried in Bayview Cemetery.

The Merriman Cabin was moved from its original location in 1960 by Paul Rogers, who made the structure part of the Texana Village at Aquarena Springs. Later, Texas State University gifted the Merriman Cabin, one of San Marcos' oldest and most historically significant structures, to the Heritage Association under a contractual agreement providing for "relocation to a public site and preservation as an historic structure." The Heritage Association restored and relocated the cabin to Veramendi Plaza during the San Marcos Sesquicentennial Celebration in 2001.

The Merriman Cabin is furnished with period pieces to reflect what life was like in the 1850’s. Our docents invite you to join them for a complimentary tour of the cabin on the first Friday & Saturday of each month from noon to 2:00 p.m.  Private Tours are also available upon request (call: 512-392-4295 or email info@heritagesanmarcos.org to arrange a tour). 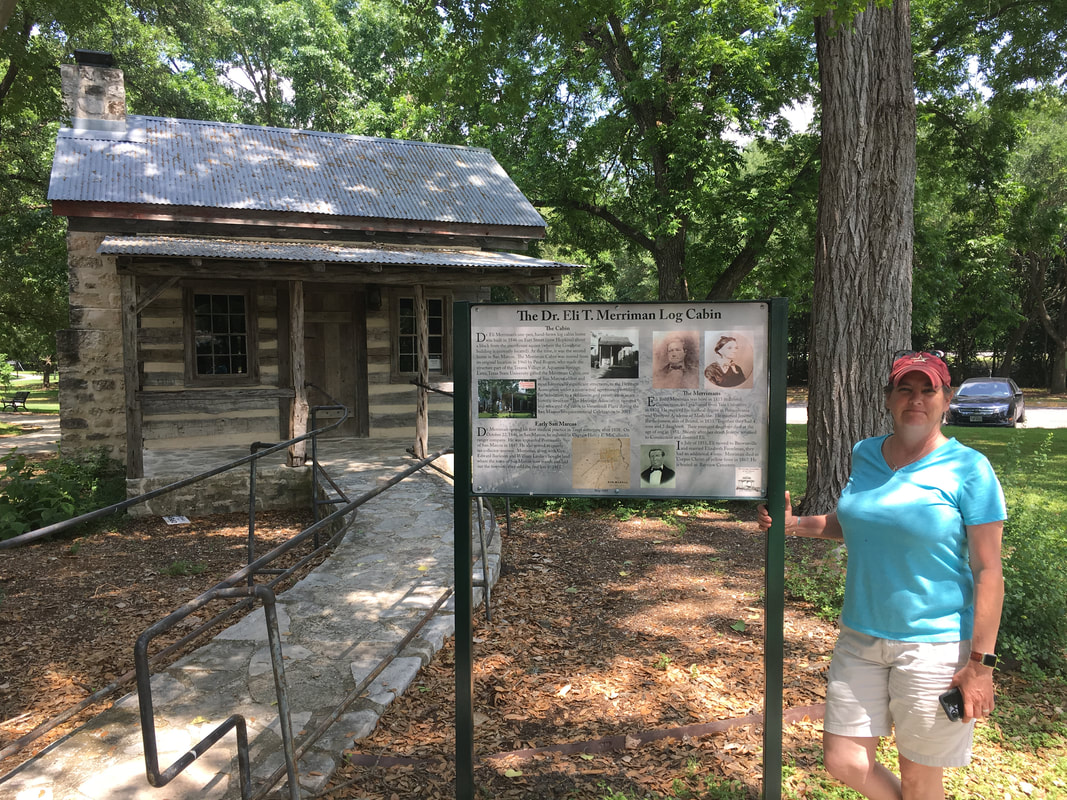